Please, check our map for the conference building, lunch and reception as follows. 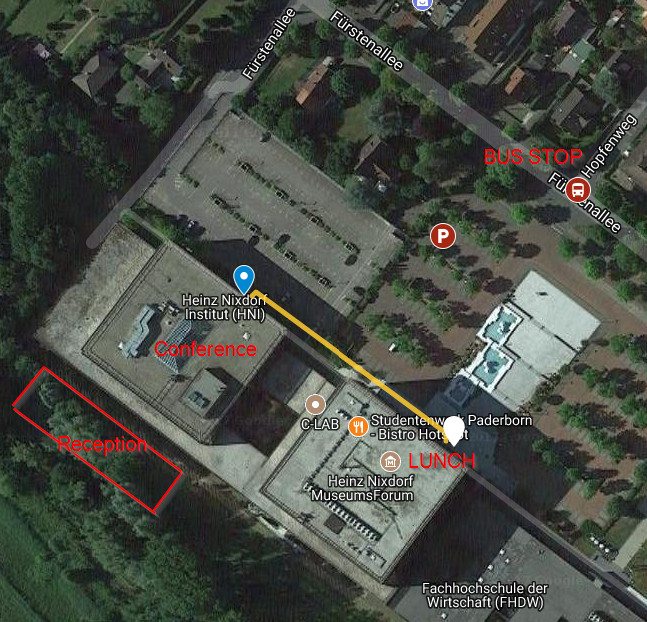 SSBSE 2017 will take place in Paderborn, Germany. Paderborn is a city in eastern North Rhine-Westphalia, Germany. The city combines over 1,200 years of history with high-tech research and industry. Paderborn was once the oldest academic site in Westphalia. The Paderborn University was founded in 1614 by the Jesuits, but was closed in 1819. It was re-founded in 1972. Today, it is attended by about 20,000 students. Paderborn will offer you a fascinating mixture worth seeing.

The region is situated at the heart of Germany and Europe. There are fast road links in all directions, with the A2, A30 and A44 highways running east to west and the A7 and A1 offering connections to the north and south. With an intercity rail station in Bielefeld and an airport in Paderborn, OWL is also well-connected to local public transport.

There are magnificent natural areas to discover and enjoy in the Teutoburg Forest, Wiehen and Egge hills, on the Senne, and along the Weser, Ems, Pader, and Lippe rivers. There are excellent trails catering to recreational hikers and cyclists, and a great many interesting places to visit, including historic old towns, the Hermann Monument and the Externsteine rock formation.

Situated at the heart of Germany, midway between the Northern Lowlands and the mountainous central region, the charming city of Paderborn is full of many diverse and delightful attractions. The city has numerous qualities to tempt the visitor. With over 1,200 years of history to its credit, it is steeped in historical tradition, which has shaped the cityscape. The many parks and green spaces beginning right by the shopping precinct at Pader Springs are much appreciated by city-dwellers and visitors alike. Despite the recent modernization and expansion of the city, it remains a user-friendly place that can be easily navigated. In comparison with other cities, inhabitants have only a short distance to travel from home to work. Paderborn’s appeal thus lies in the combination of many different qualities. Ancient and modern, sacred and spiritual, economic and political are all combined, each contributing to the city’s distinctive character.

12 museums are located within Paderborn. The museum at the imperial palace is where the original foundations of both the palace complex of Charlemagne in the 8th century and the masonry Palatinate Henry II in the High Middle Ages were issued.

Another popular museum is the Archbishop’s Diocesan Museum and the Cathedral Treasury, both containing an extensive collection of religious art from the 10th to the 20th century. Overall, the collection includes about 8000 exhibits.

The Heinz Nixdorf MuseumsForum is the world’s largest computer museum, as well as a vibrant venue. The 5,000-year history, present and future of information technology is depicted over 6,000 m² of floor space, from the origins of numbers and characters in 3,000 B.C. all the way to the computer age of the 21st century. The 2,000-plus objects on show are presented within the broad context of social and economic history, making the exhibition appealing to laymen and computer experts alike. More information: Heinz Nixdorf MuseumsForum

The Paderborn Cathedral is the symbol of the city and it dates back to the 13th century. The cathedral impresses with its imposing size (the west tower has a height of 93 meters on the crypt with 32 meters length, being one of the largest in Germany) as well as with a fascinating architecture. 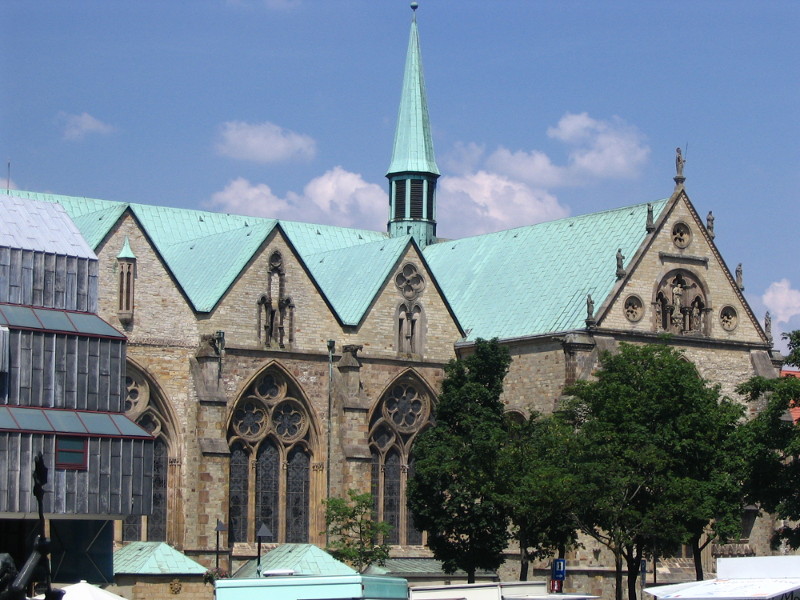 The Bartholomew Chapel in Paderborn was built around 1017 and is considered the oldest known church hall north of the Alps. 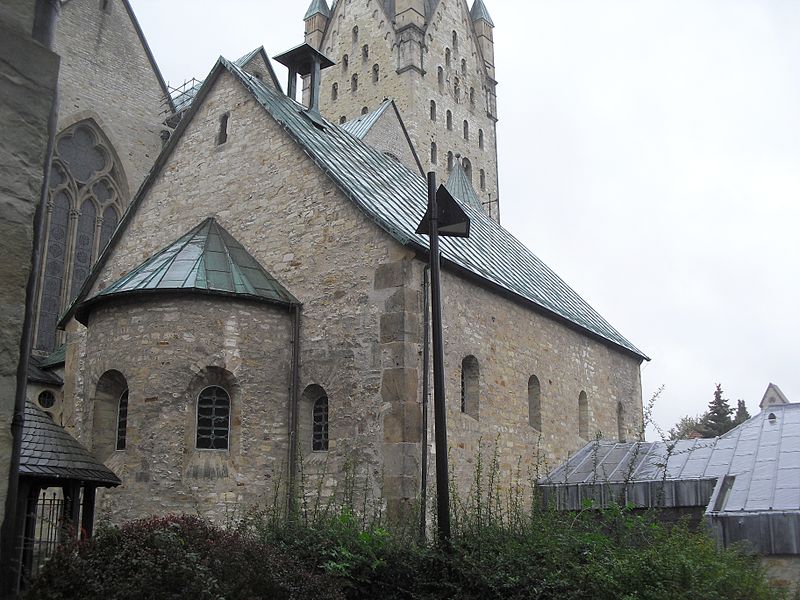 In Schloß Neuhaus, about 4 km from the city centre, there is the former residence of the Paderborn prince bishops. The water castle from the early Weser Renaissance era with its lovely Baroque garden are also worth visiting. 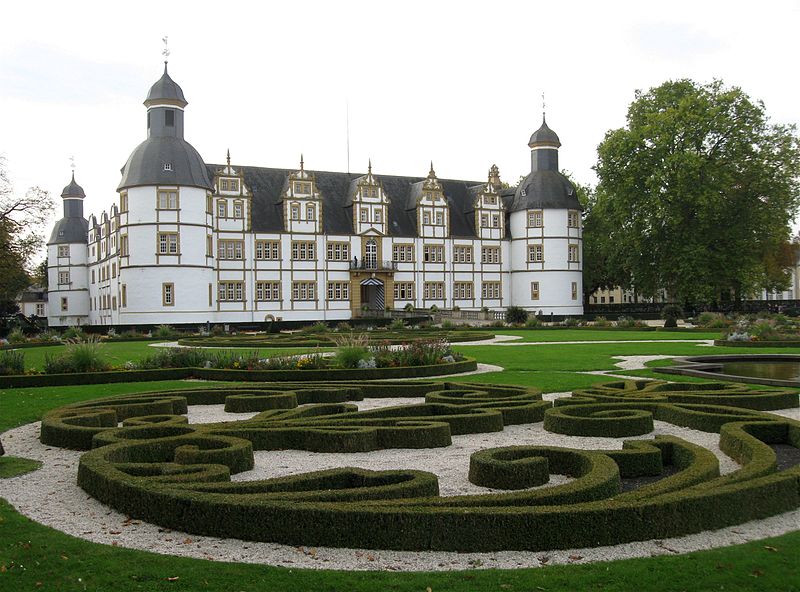 The Westfälische Kammerspiele Paderborn inspires with a varied program. Not only the performances, but also the building in the heart of Paderborn is worth seeing. Program (in German). 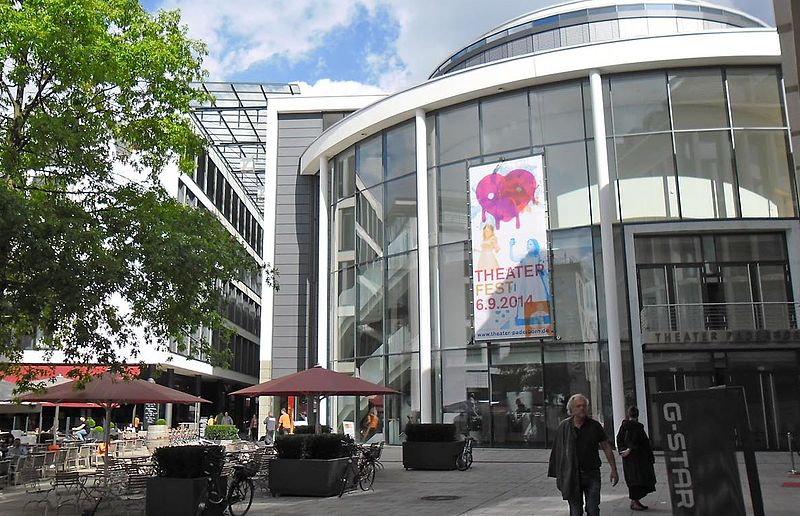